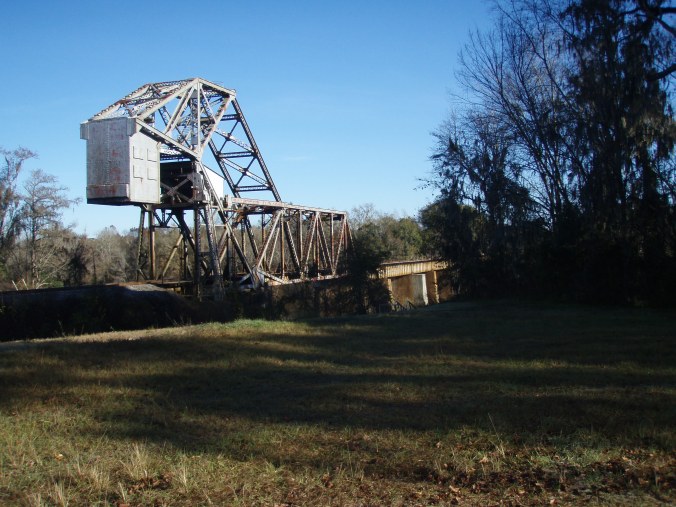 This railroad bridge and Old Doctortown are isolated in the back reaches of land owned by the Rayonier Paper Mill outside Jesup, Georgia. The Altamaha River that the bridge crosses is one of the largest along the Atlantic coast and for decades was filled with barge traffic bringing lumber and naval stores down to the coast.

Doctortown was once a thriving community located at one of the few crossings of the Altamaha. There’s nothing left now except a few mounds and some signs that denote where a few of the buildings were, and oak trees huge enough that it’s obvious they were growing there long before there was a Doctortown.

Being an engineer, I sure would like to see the drawbridge work (if it still does?)

As I get older, I seem to notice more places called “Old” something. In this busy, technological, digital age we can think things were so much different long ago, and “old” was just, you know, so old. But, as Solomon wrote “What has been is what will be, and what has been done is what will be done, and there is nothing new under the sun.” (Ecclesiastes 1:9 ESV).

People are still people. Doctortown, before it was Old, had good people, middle of the road people and bad people, sorrows and joys, life and death, just as we have today. But, the greatest thing is the Living God back then is the same Living God we have today (“Jesus Christ is the same yesterday, today and forever.”)! For that reason, we need to remember the old days and learn from them, changing things that need to be improved, but making no changes just for the sake of change, or especially, not making changes because the culture demands it. We need to follow the old paths when they are God’s paths.

“Thus says the Lord:  “Stand in the ways and see, And ask for the old paths, where the good way is, And walk in it; Then you will find rest for your souls.” Jeremiah 6:16 NKJV 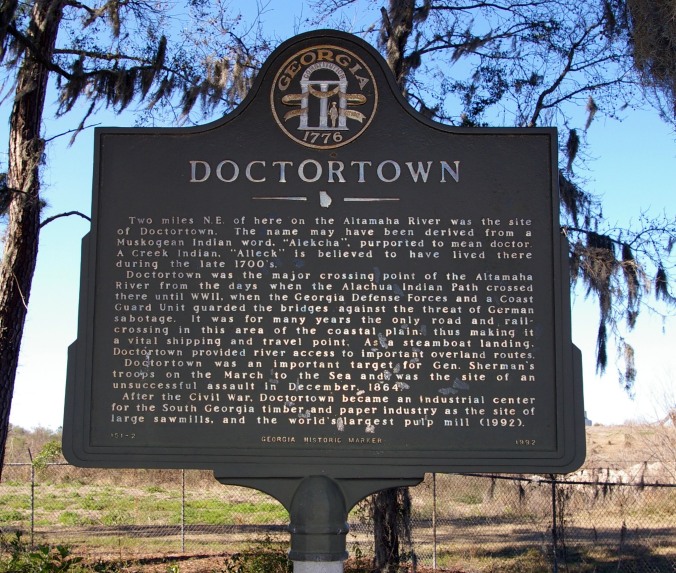 Here’s the Historical Marker for Doctortown. It’s located upriver from the actual site, at a location that’s accessible to the public.