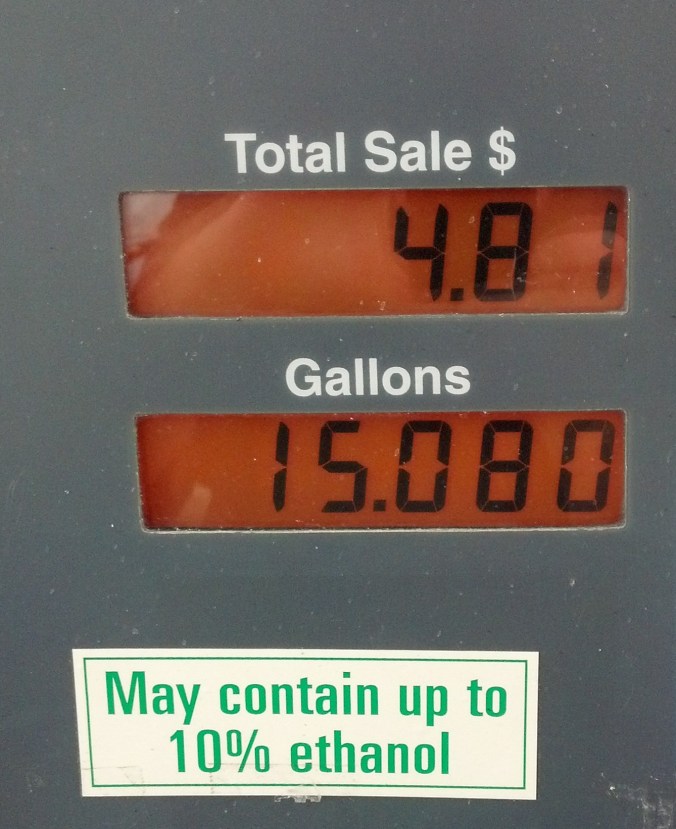 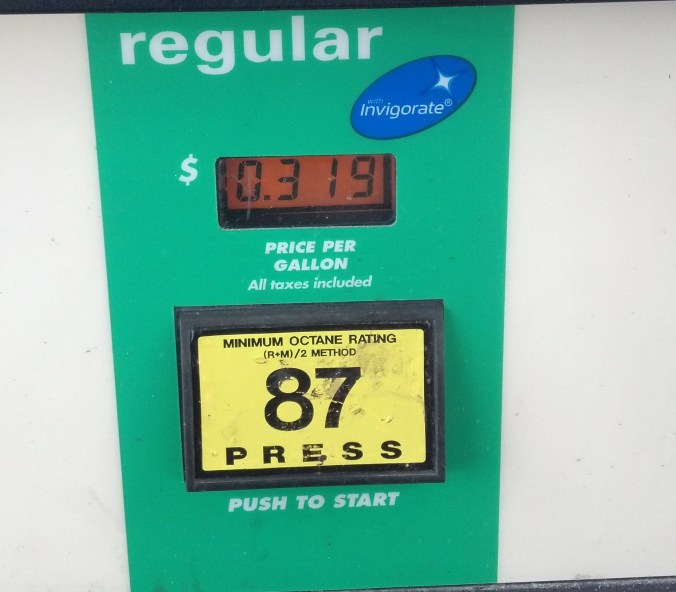 These aren’t nostalgia examples, they’re from earlier this afternoon. I really did fill up my truck for less than 5 dollars. Been a long time since I did that (actually, I don’t think I had a truck when gas was that cheap.)

It was possible because I buy groceries at a particular store that has a Bonus Card program. (I’ll give them a quick plug – it’s Bi-Lo). The more groceries you buy, the more cents per gallon you get off at a local convenience store. I let the “cents off” add up more than usual and with the price of gas going down (at least here it has), I was in danger of having more credit per gallon than the gas cost, so I decided it was time to fill up. (Although exceeding the cost could have been interesting – buying it “for nothing”.)

I realize somewhere along the way, either me or someone else paid for the “cents off” I received today. I’m a firm believer in the “there’s no such thing as a free lunch” adage. If there’s a cost, someone will pay full price, sometime, somehow.

That’s where the song, Jesus Paid it All, comes to mind. We had a debt from our sins that required payment, and that payment was (spiritual) death. There were no Bonus Cards that could reduce the price enough that we could pay the remainder. It was all or nothing.