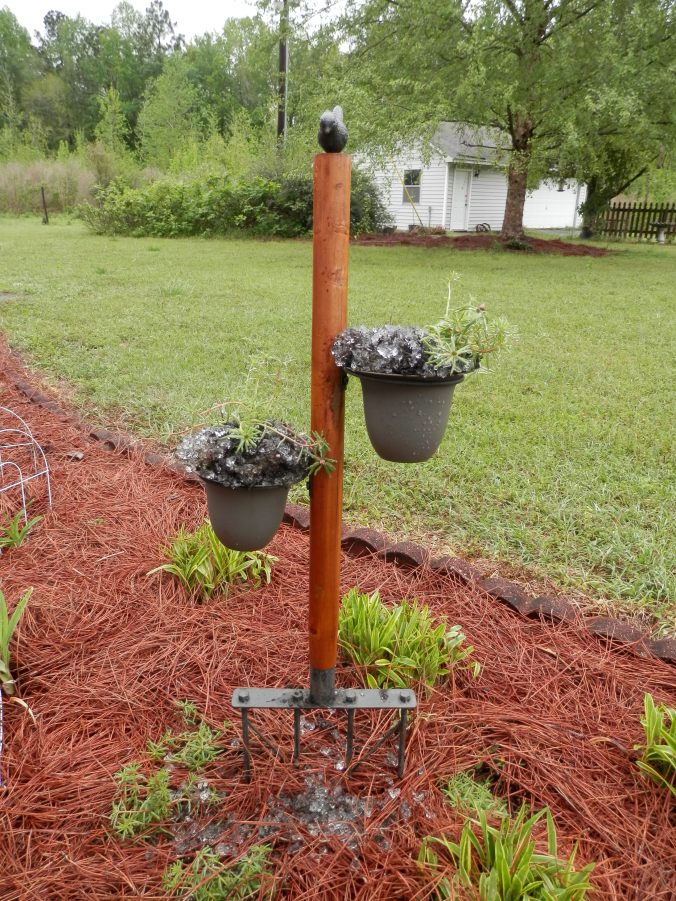 Water absorbent crystals perform as the name implies: they absorb water. And they can absorb an amazing amount of water. When placed in pots with plants they slowly release the absorbed water and keep the plants hydrated over a longer period of time. Just when they need it. 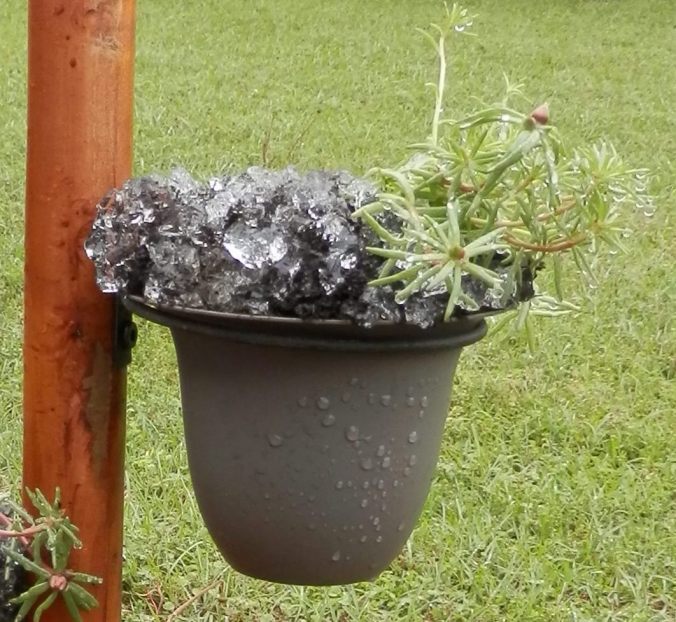 I have used the crystals for several years but with these pots I apparently was thinking about something else and misjudged the number of crystals needed. As you see, after a 2 inch rain, the crystals expanded many times larger than their “dry weight”. They erupted over the side and took some of the potting soil with them to the ground. I’ll have to re-pot the moss roses and redistribute most of the crystals to other pots.

The sight of the engorged crystals and the thought of letting out the water as needed made me think of God’s Word – in a good way, of course. We need to absorb His Word daily – storing it for just when we need it. We don’t have to worry about taking too much in – that can never happen. Plus, if it overflows or even erupts from us, that’s all part of God’s plan to spread it around.